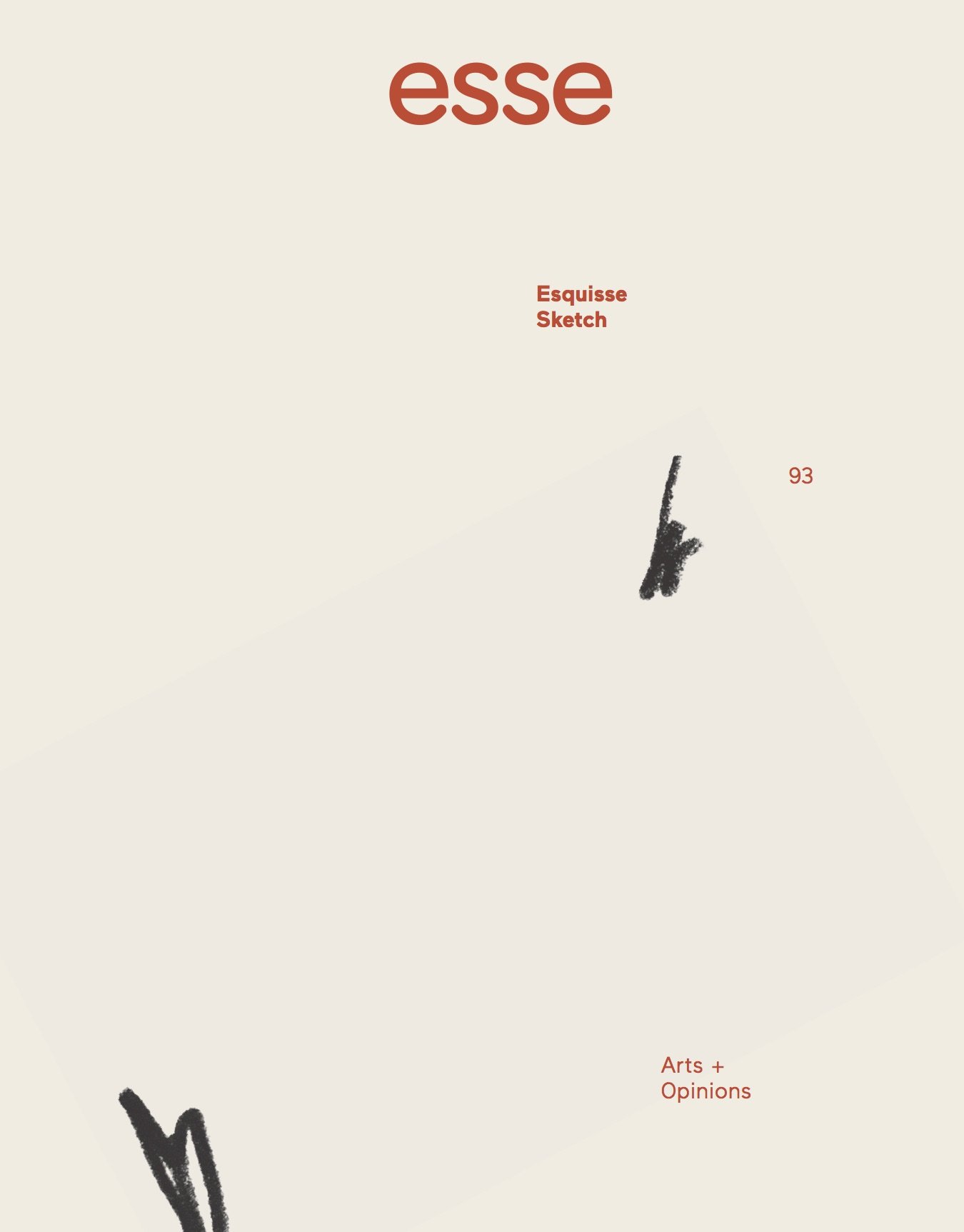 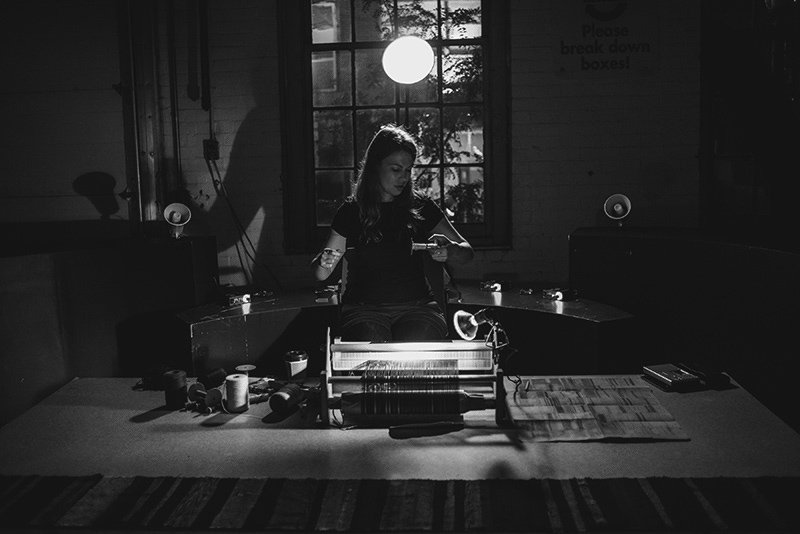 It’s a search for disembodied voices in technotongues.

“7 Nights of Unspeakable Truth is a recording that consists of dusk-till dawn searches for number stations on shortwave radio frequencies. Arranged in order, from day one to day seven, the installation allows one to physically walk through seven evenings of shortwave, synchronized in their respective times, in physical space. This spatialization of each night allows listeners to observe patterns and synchronicities in Gee’s nightly search for unexplained broadcasts that consist only of numbers, tones and codes.”

This body of work is informed by my fascination with mystery, symbolic organization and communication. I take on the nocturnal patterns of a solitary listener, connecting to other enthusiasts via online chat in order to share an obscure passion. The patterns of my searching during 7 Nights of Unspeakable Truth are woven directly into blankets, another evening activity partaken during Nuit Blanche 2013 in which I encoded and wove my audio searches into a physical form that you could wrap yourself in while you listen – two different versions of encoded time on radio airwaves.

More on this work: 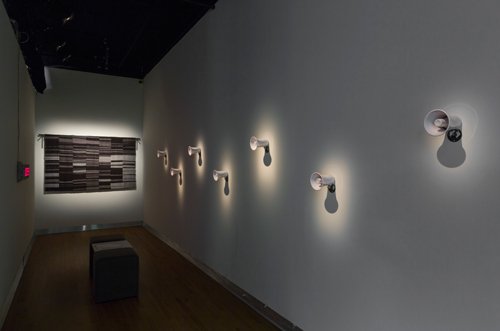