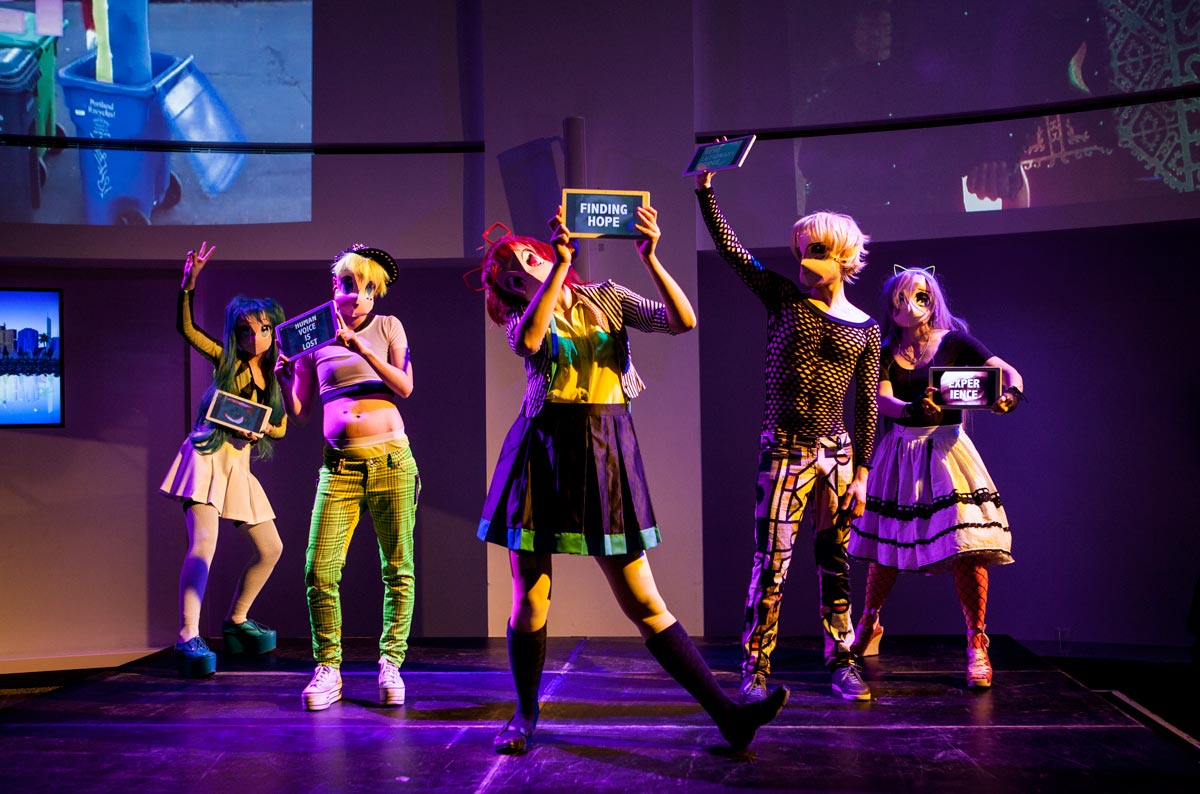 A video-text pop band from a dystopic future where the human voice is lost and pop music reigns supreme.

Virtual voices are key for these pop stars. Dancing, costumed performers carry tablets that display the human larynx and song lyrics as they dance in sync.

GIG VOCALOID is a virtual pop band that had its first performance at the Musée d’art Contemporain de Montreal in February 2015 at X + 1: an evening of Internet-inspired art.

The project is inspired by virtual pop stars such as Hatsune Miku, which exist equally as distributed visual media avatar (holograms, merchandise), and as digital software tools for public, fan-based synthesized vocal creation. GIG VOCALOID is also inspired by boy and girl pop bands, whereupon individual voices and musicality are often superseded by a pop “character.” This is especially true in Japanese pop group AKB48, which has 48 female members whom are voted upon by the public for the right to solo singing and “leadership” within the group.

In this pop music context, celebrity character, fashion and visual appeal is more important than the human singing voice itself, which is often replaced by synthesizers and pitch correction. GIG VOCALOID invokes a fantasy posthumanist future where the human voice is lost, subjectivity is dead, and everyone is celebrating.

Externalizing the human voice outside of the preciousness of the human body, the human larynx (typically a hidden, interior aspect of vocal performance) is displayed prominently on tablets. “Lyrics” to their song flash aleatorically through these videos, which enable humans performers to be the support for digital artwork. GIG VOCALOID re-localizates the voice beyond the borders of the flesh body in an infectious avatar-dream. 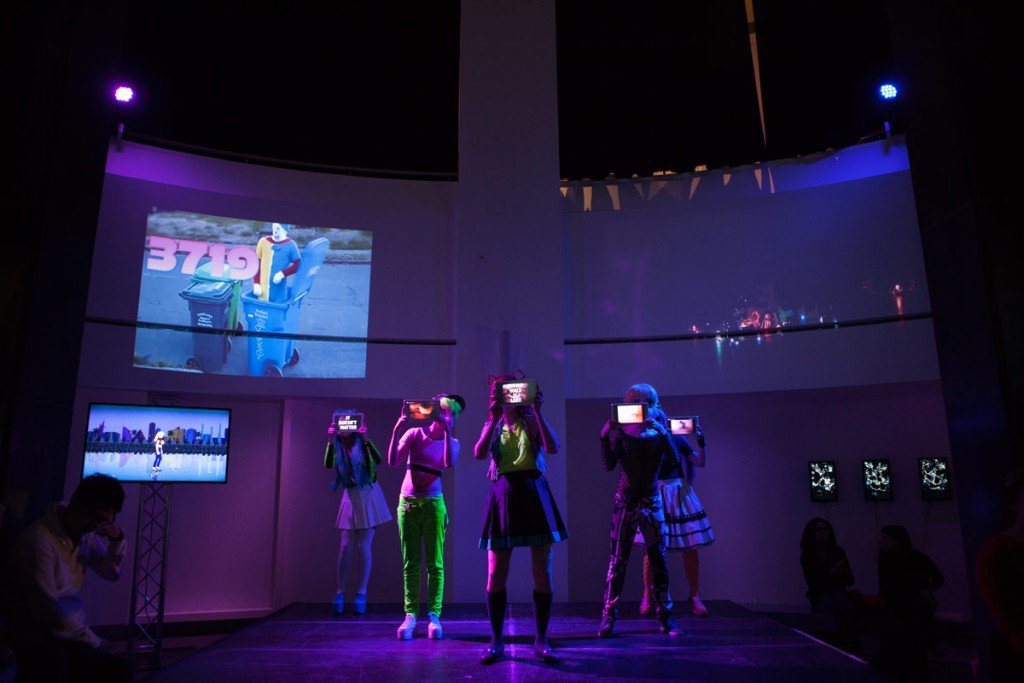 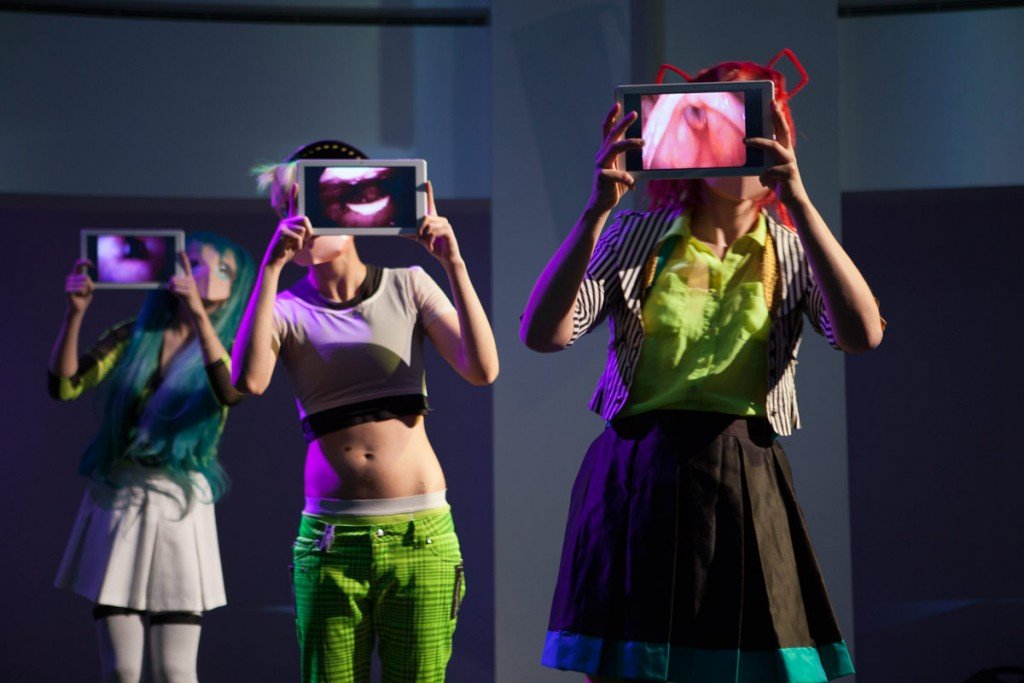 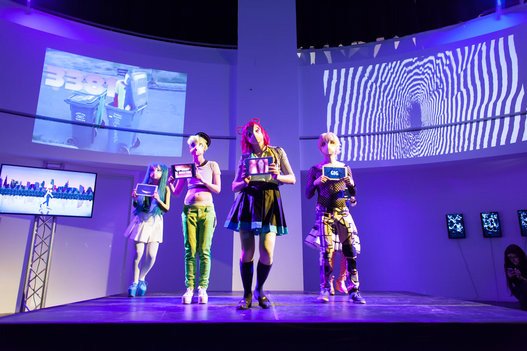 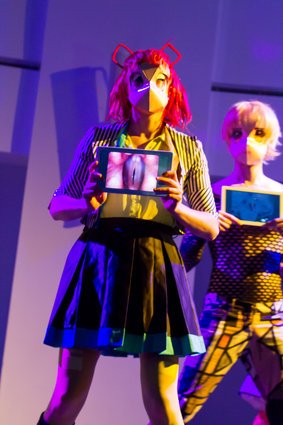 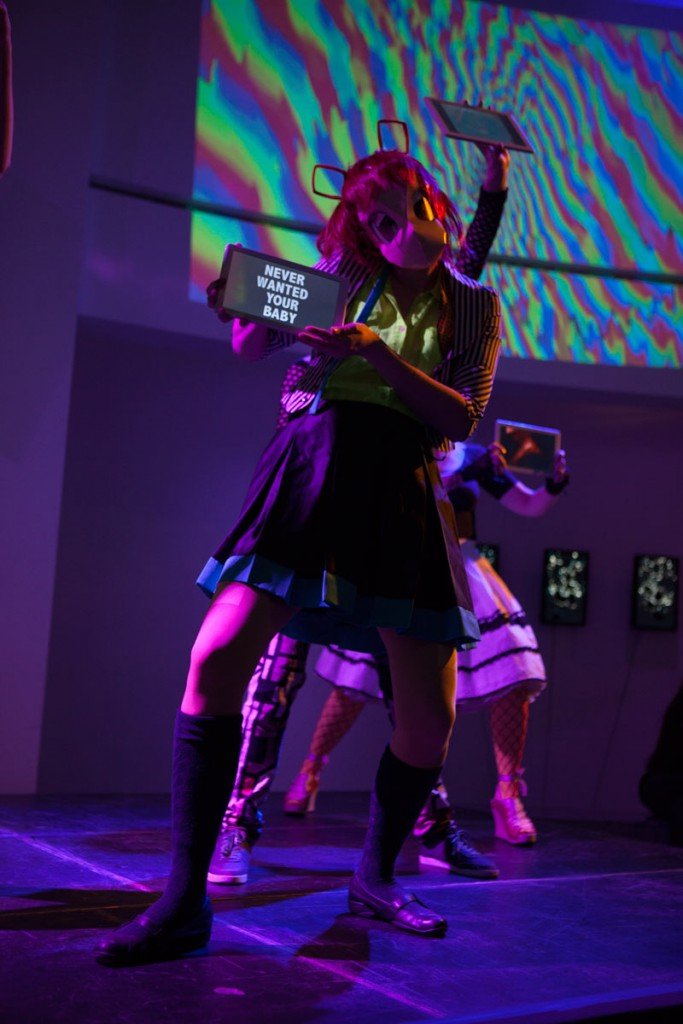 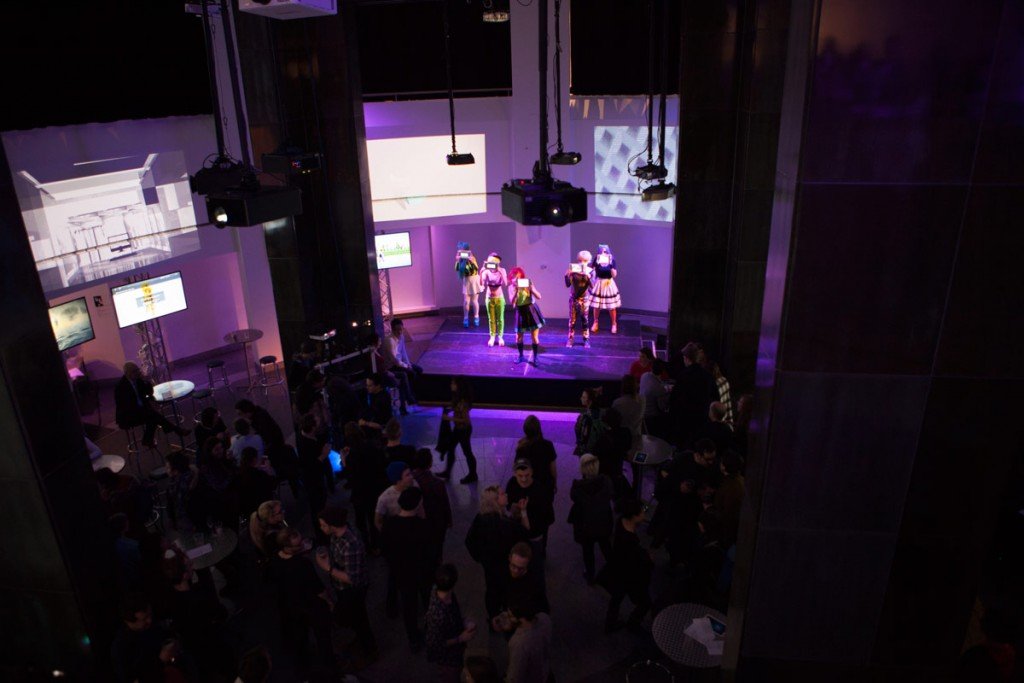 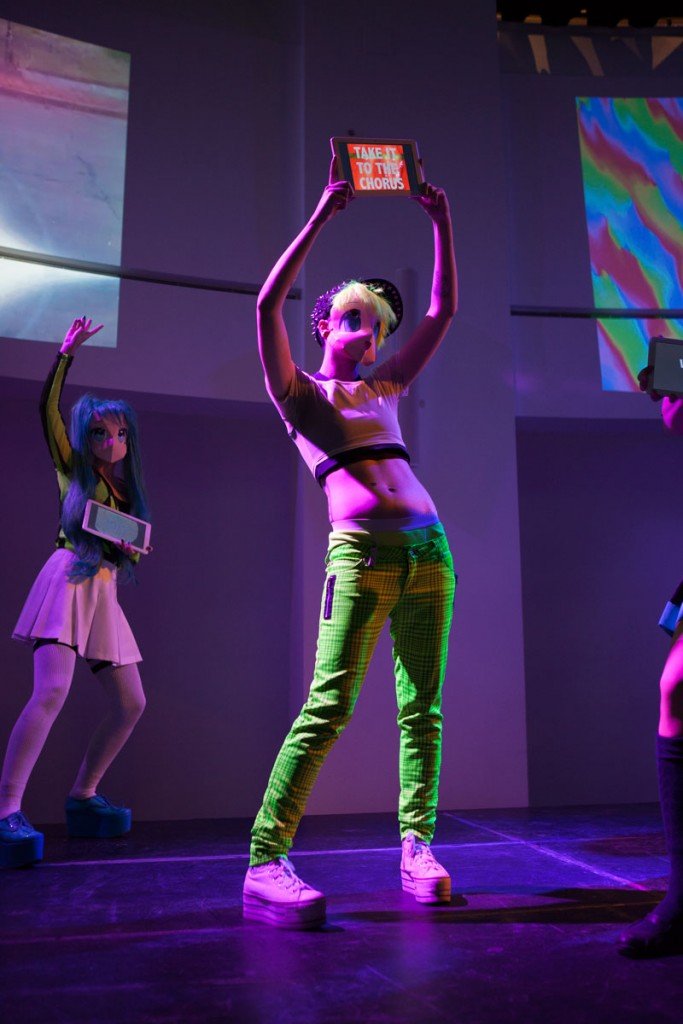 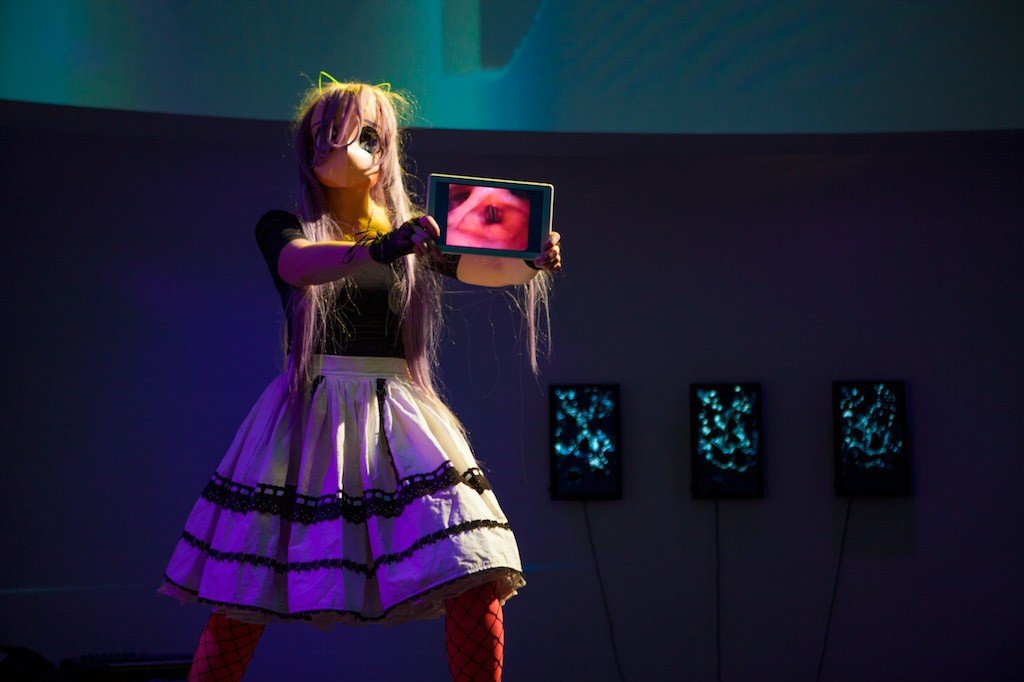 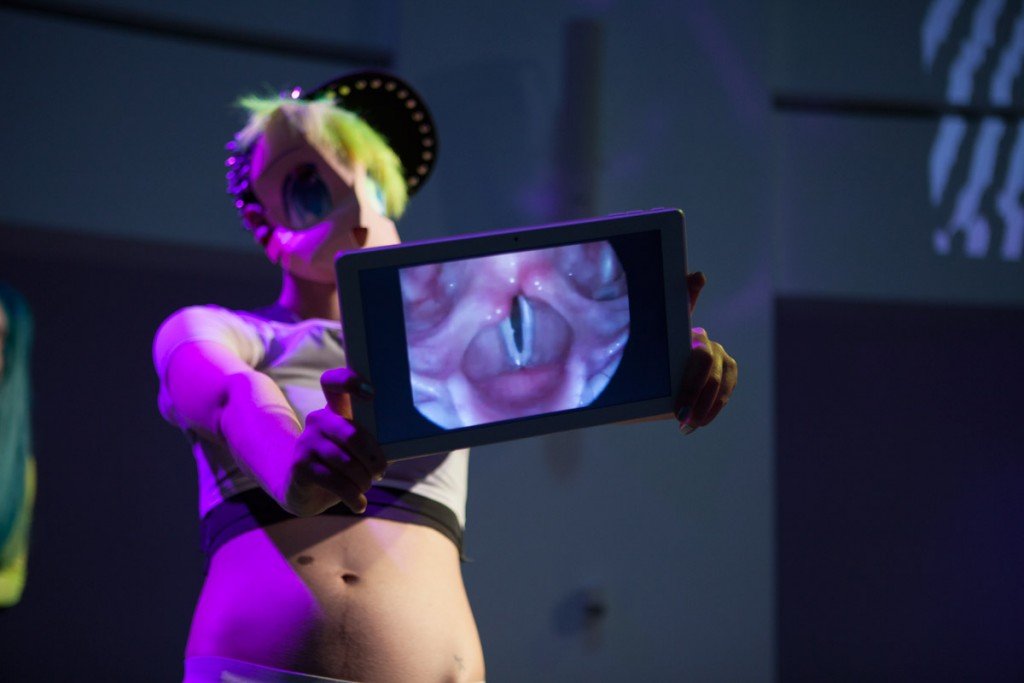 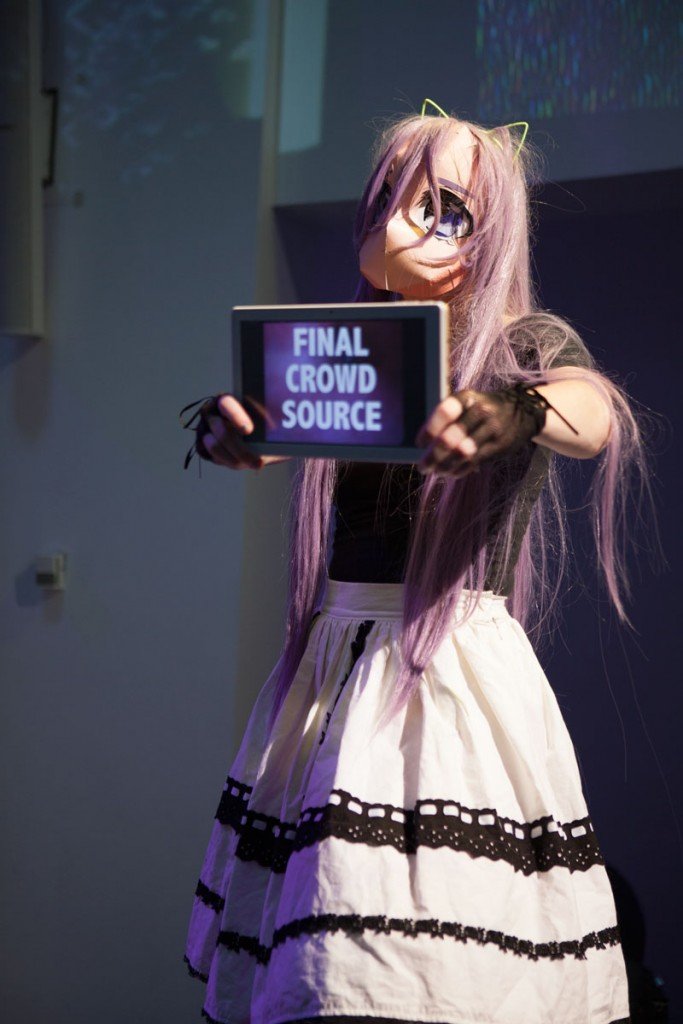 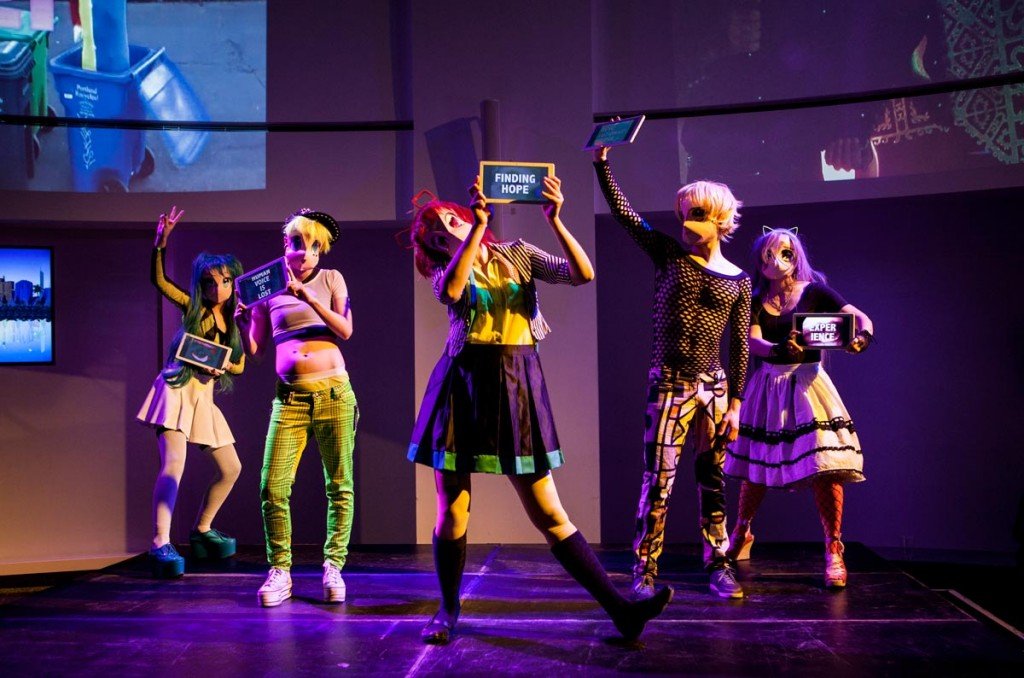 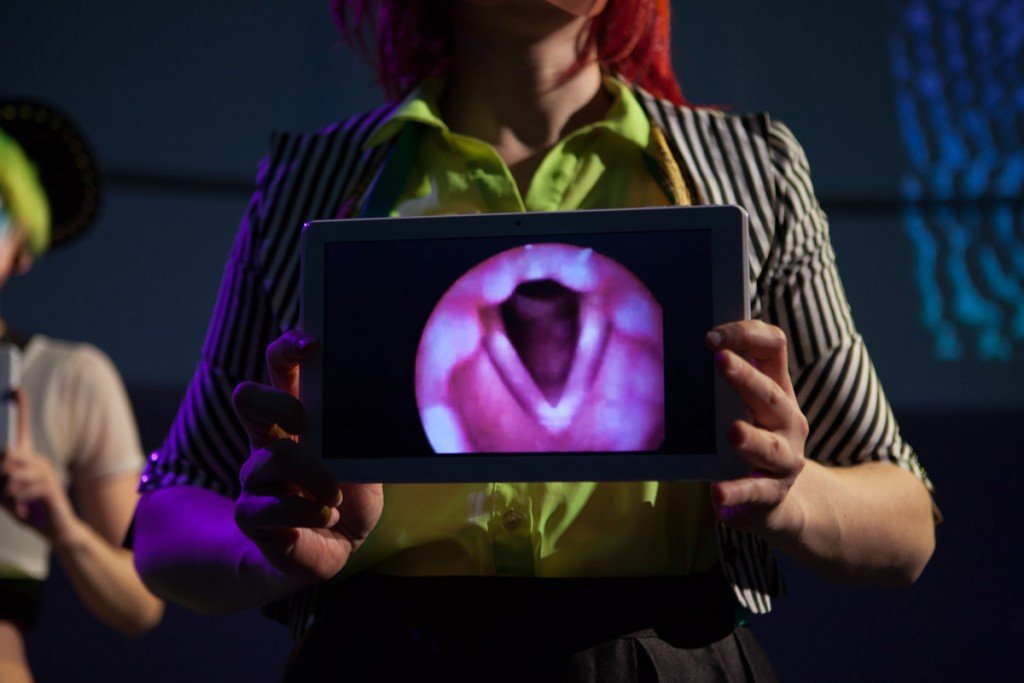