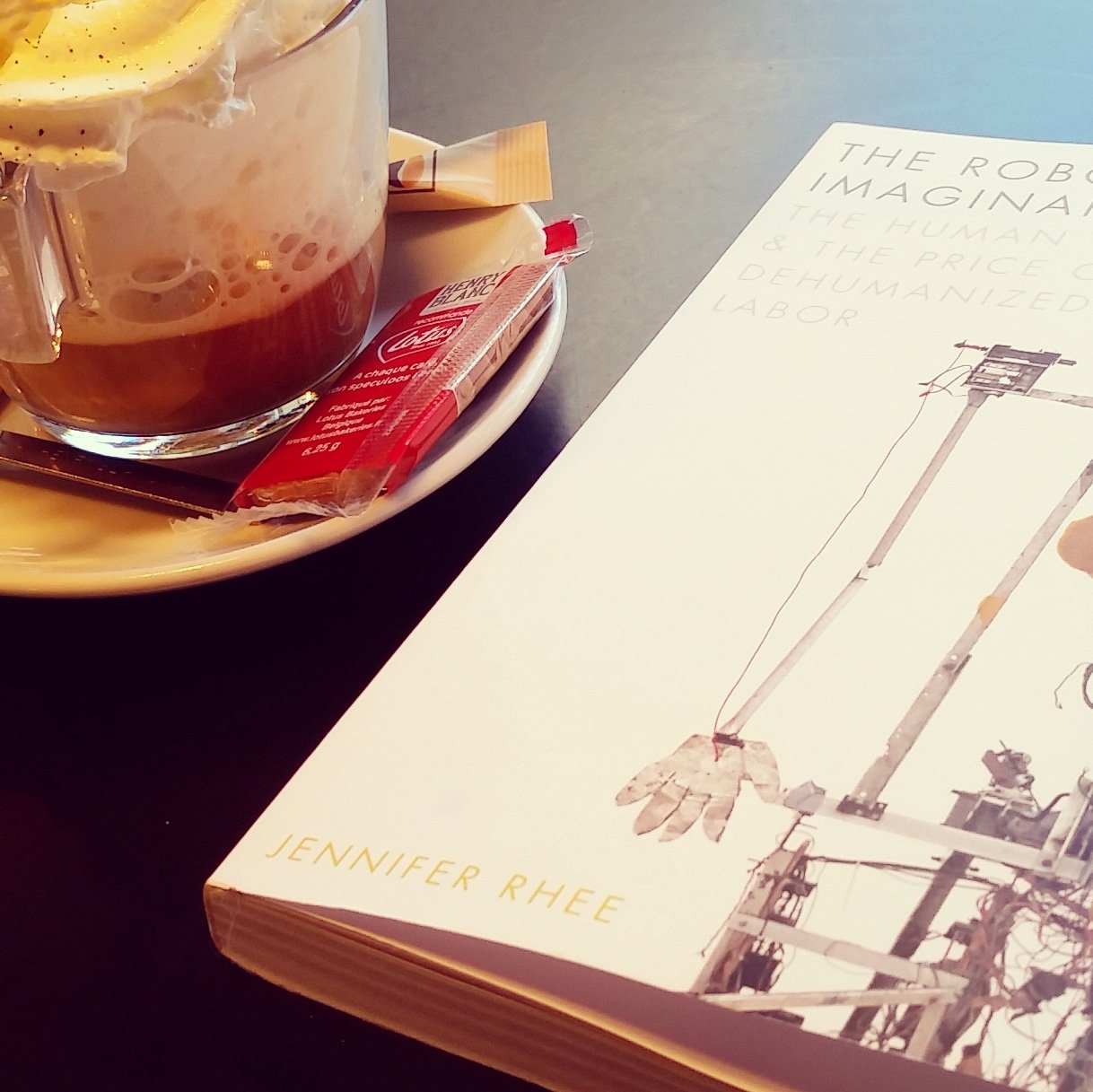 My robotic artwork Swarming Emotional Pianos is featured in image and text on p 131-132 of Jennifer Rhee’s newly published book: The Robotic Imaginary: The Human and the Price of Dehumanized Labor (2018, University of Minnesota Press).  The image above is just a photo of me relaxing with a coffee as I read the first few pages…

This amazing book details AI from a perspective that is driven by emotion and humanity, while referencing the work and the influence of women and poc in a way I haven’t seen before. I found myself constantly thinking: yes, yes as I read the book! 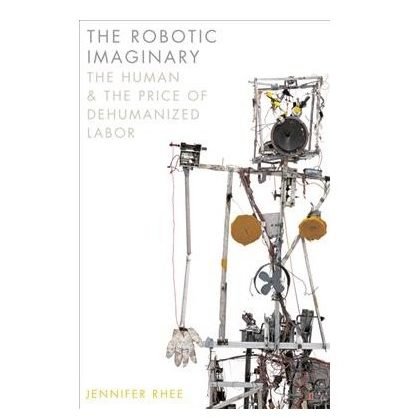 From the official description of the book:

The word robot—introduced in Karel Čapek’s 1920 play R.U.R.—derives from rabota, the Czech word for servitude or forced labor. A century later, the play’s dystopian themes of dehumanization and exploited labor are being played out in factories, workplaces, and battlefields. In The Robotic Imaginary, Jennifer Rhee traces the provocative and productive connections of contemporary robots in technology, film, art, and literature. Centered around the twinned processes of anthropomorphization and dehumanization, she analyzes the coevolution of cultural and technological robots and artificial intelligence, arguing that it is through the conceptualization of the human and, more important, the dehumanized that these multiple spheres affect and transform each other.

Drawing on the writings of Alan Turing, Sara Ahmed, and Arlie Russell Hochschild; such films and novels as Her and The Stepford Wives; technologies like Kismet (the pioneering “emotional robot”); and contemporary drone art, this book explores anthropomorphic paradigms in robot design and imagery in ways that often challenge the very grounds on which those paradigms operate in robotics labs and industry. From disembodied, conversational AI and its entanglement with care labor; embodied mobile robots as they intersect with domestic labor; emotional robots impacting affective labor; and armed military drones and artistic responses to drone warfare, The Robotic Imaginary ultimately reveals how the human is made knowable through the design of and discourse on humanoid robots that are, paradoxically, dehumanized.