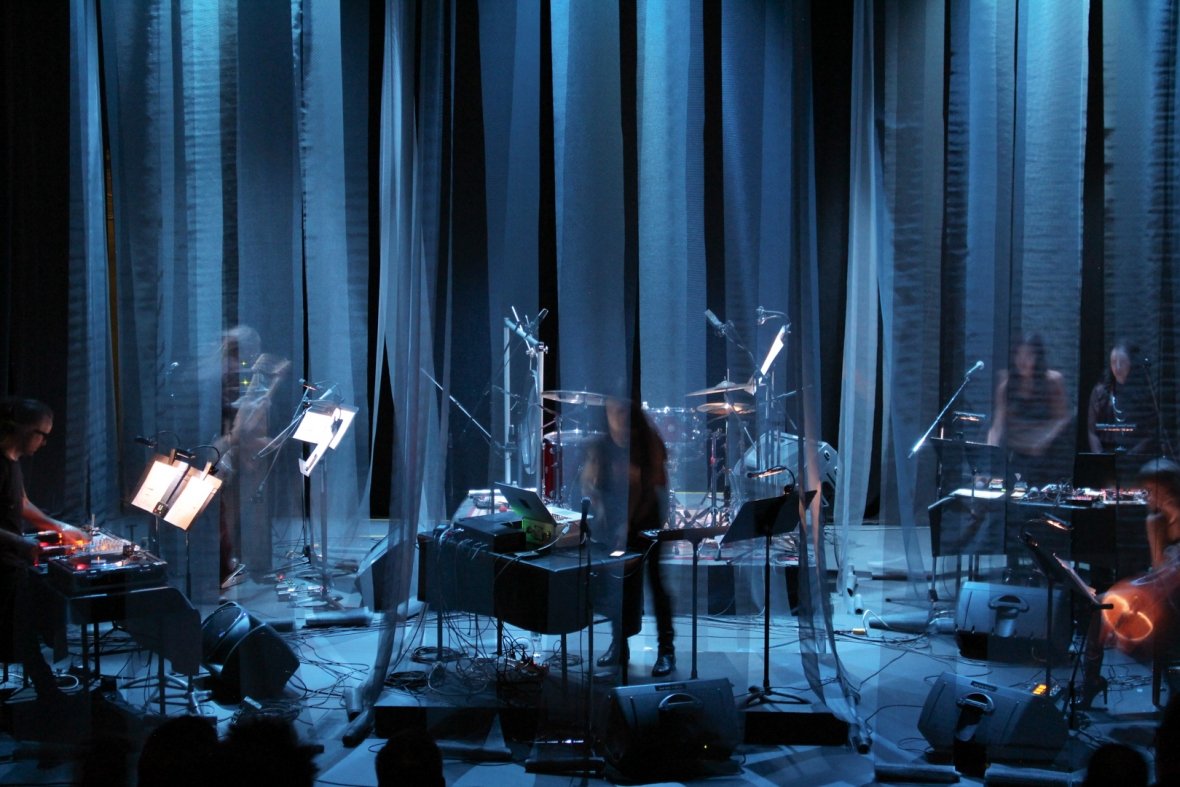 Echo Grey is a composition for four voices, feedback musical instruments, and tape part (which features the sounds of a broken image file).

Movement between words or utterance, the echo’s voice exceeds the signal itself and speaks to a deeper engagement with materiality.  In Echo Grey, I composed a series of vocal patterns that emerge directly with breath as raw material, the movement of intake and exhalation made audible. The choir’s engagement with the mechanistic, impossible repetition eventually negates the signal: all that is left is the lungs and vocal vibrations of the individual who gasps, cries in defeat, and whoops in ecstasy.  These human voices are simultaneously punctuated by the feedback of microphone and amplified instruments, and a tape track composed through process – a bouncing of data back and forth between visual and aural softwares that eventually results in nothing but glitched statements.  This tape track is analogous to the squealing proximity of the sender to the receiver in the scored feedback parts.  The colour grey in the work’s title is inspired by the back and forth motion of a 2HB pencil stroking endlessly across an empty pad of paper. 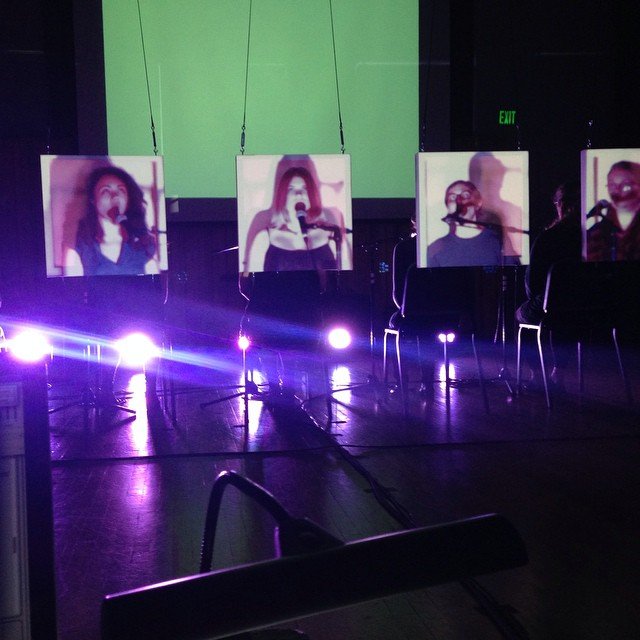 Fall Commission for Exo/Endo and Ilk

This fall 2016 the performing groups Exo/Endo and Ilk will premiere a new music composition by Erin Gee in three Canadian venues in Vancouver, Victoria and Calgary.  This new work is intended to be an extension of Gee’s work Voice of Echo (2011).  Stemming from a solo performance of this work in 2015 in Toronto at Trinity Square Video (What can a Vocaloid Do?), Gee will newly re-create materials based on vocaloid creatures, artificial intelligence, electronic voices in human bodies, authorship, subjectivity, embodiment, voice and agency telematically using a system developed by Michael Palumbo.  This work will employ five singers, and an experimental turntableist and extended bass player.