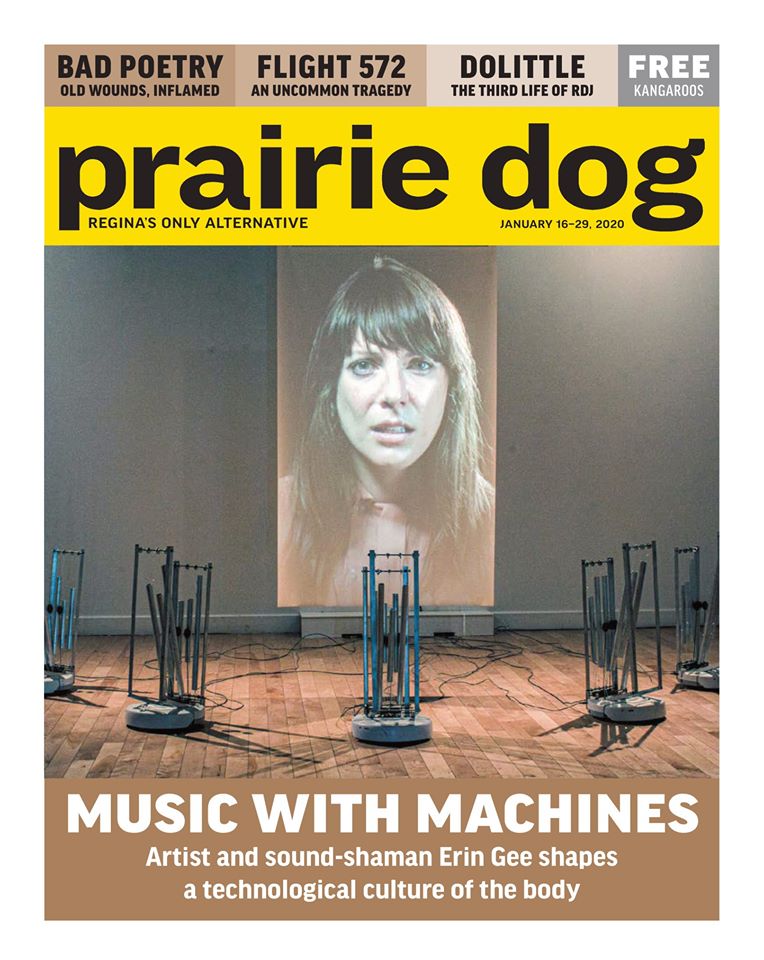 “Modernity and the Age of Reason kind of championed the brain as this really important thing that defined us as human,” she adds. “I’m interested in recent scientific studies that [show] it’s not all about the brain. Our thinking process actually happens in concert with our body beyond the brain. What I’m interested in is using technology to create a culture of the body.”

“I’m interested in making a conversation about technology that doesn’t centre on intelligence but on emotion.”

My exhibition “To the Sooe” at the MacKenzie Art Gallery is front page news in Regina’s Prairie Dog Magazine!  The Prairie Dog is Regina’s top source for what is going on in entertainment and the arts, so it is a great honor to be featured.  I also appreciate the reporting done by Gregory Beatty on this interview.  Click here to read the full article.

As a very brief aside, I want to address to the use of the words “Sound-Shaman” on the cover of this magazine.  I have never used these terms to describe my practice, as I am not currently practicing any form of spiritual faith that would qualify me to do so. These words are not my own, but were an editorial decision that I do not identify with and strongly reject. 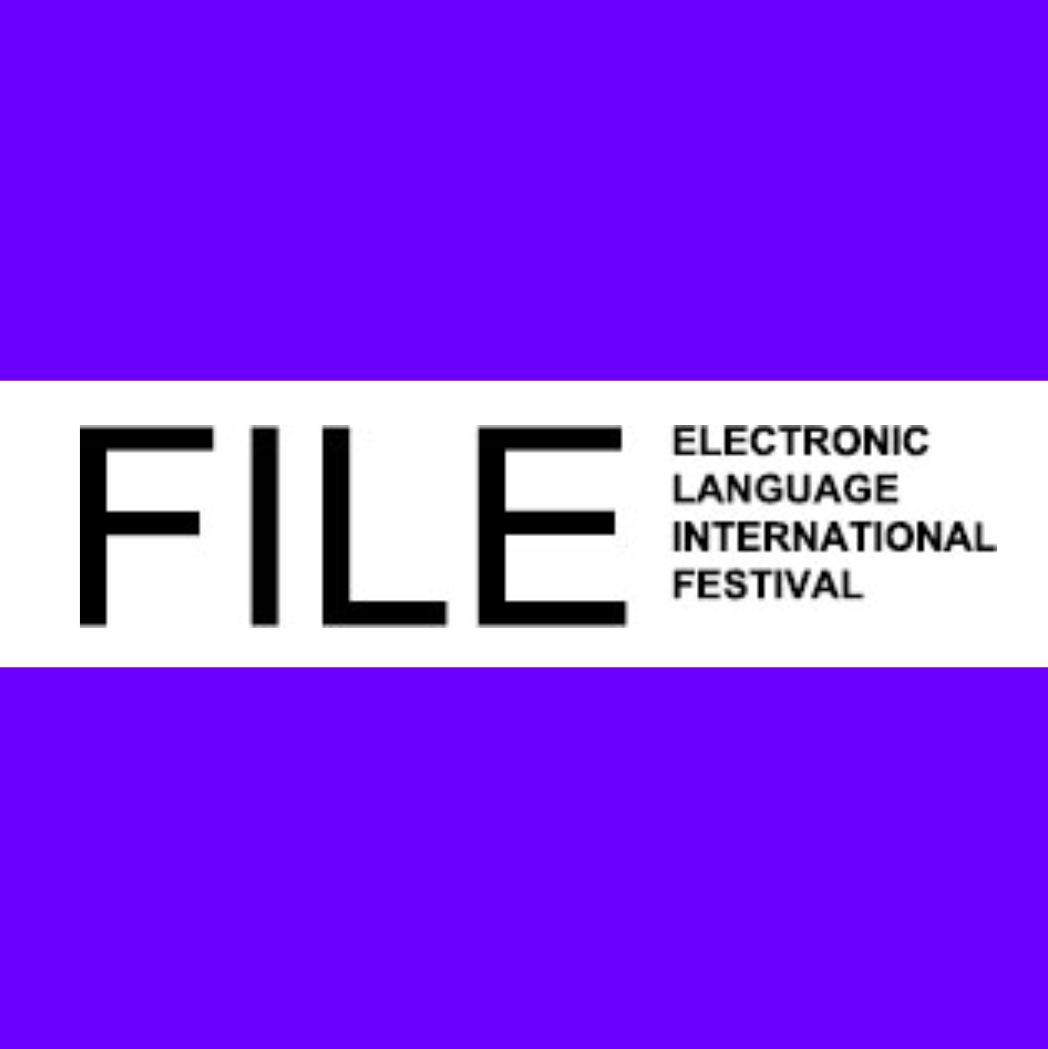 I’m encouraged that the curators invited me to show this work in the context of media art in Brazil. Currently, the President of Brazil Jair Bolsonaro is known for his anti-homophobic and misogynist statements. He has taunted woman about rape and called women tramps. Under this government, artists have been subject to death threats and intimidation, including calls to dissolve the culture department into education. I look forward to sharing the defiant laughter, hope, joy, and solidarity of Laughing Web Dot Space with the public in Brazil during this very important festival for media art. 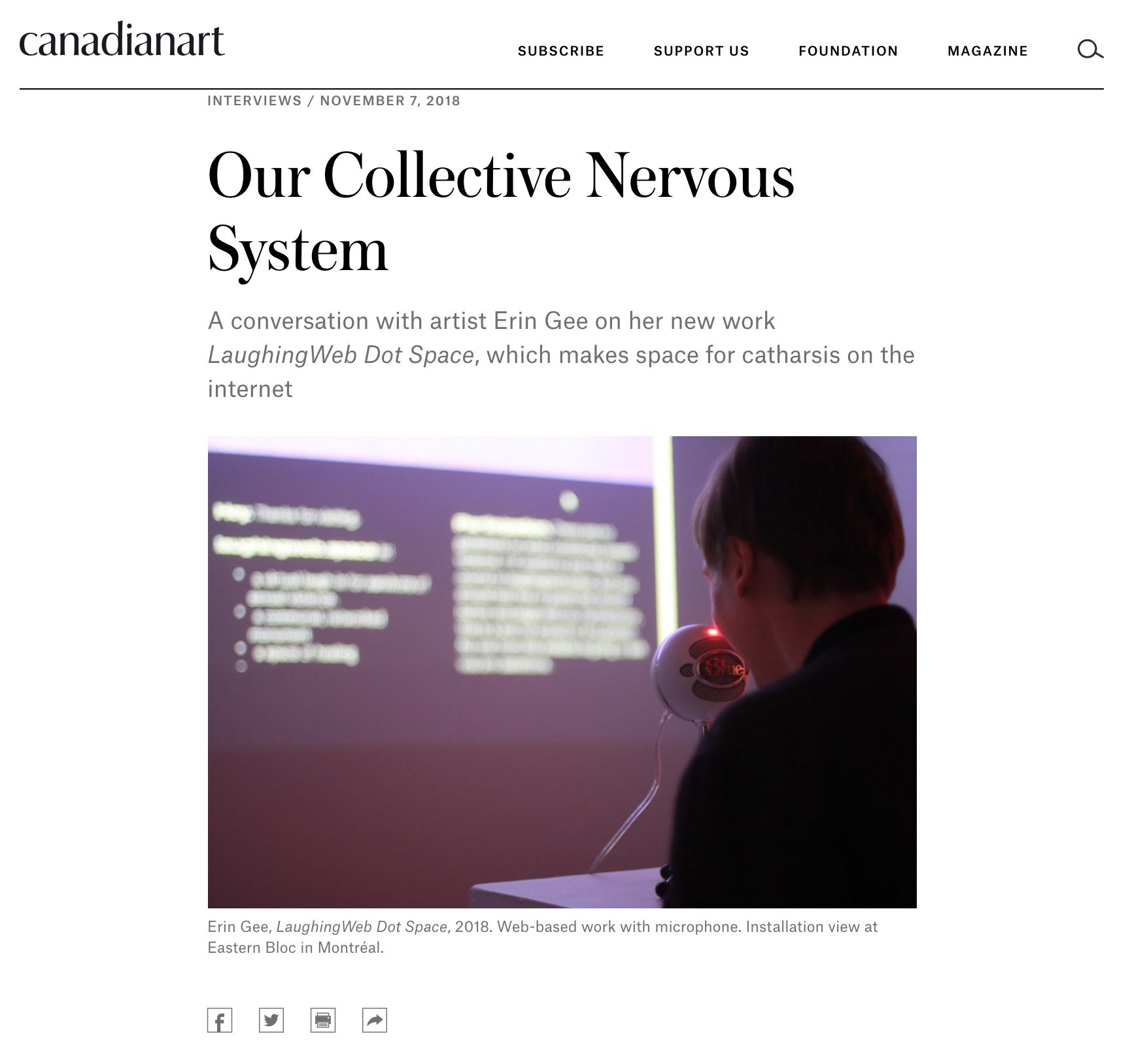 I recently spoke with Lauren Fournier at Canadian Art Magazine about trauma, healing, internet-based artworks, technology and the body as it relates my interactive website https://laughingweb.space 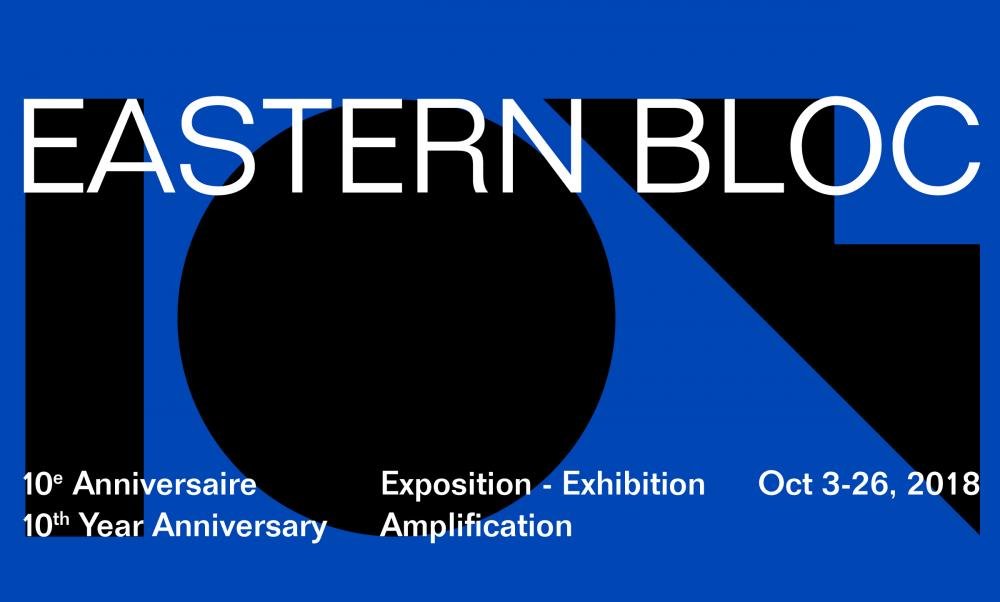